We have been using Centos for years and I must say that we are totally impressed by the outstanding reliability of it.

Why are we using it? Well, it’s simple. HDroid runs on a dedicated webserver and although this might sound to you as granted stuff to talk about, we were literally going nuts before assembling it.

Our network of websites is not just limited to this site; and this is where Centos shines, with its ease of control for hosting solution environments. And my goal was pretty unclear at the beginning. This is what I wished “to achieve” with a dedicated web hosting service, completely ‘hosted’ at home:

I know that this may all look pretty geeky to you but in my/our case was what I really hoped I could have by building my personal web server infostructure. 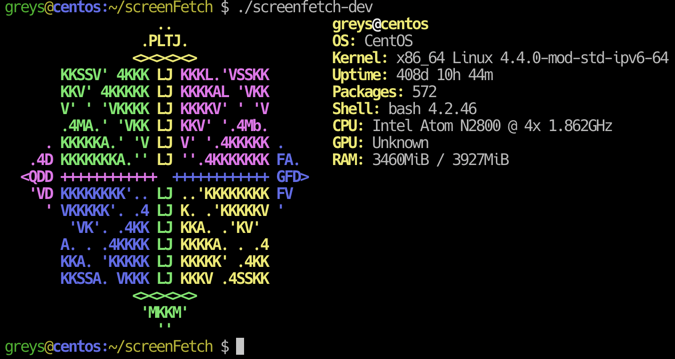 Look, it’s not that Ubuntu Server is bad or shouldn’t be used because I don’t like it. Ubuntu is amazing. I used it on many occasions and I’m still using it on my laptop as my development machine. And I must say that nowadays it’s still really hard to find a Linux distro that does offer support to the incredible number of tools and packages as only Ubuntu can.

Ubuntu is a clear winner when it comes to frequent and fast updates. With it, you get all the latest features correlated by all the bells and whistles, but this also means that you lose something on the reliability aspect since sometimes those features might be affected by security flaws.

On the other hand, though, Centos is right the opposite of Ubuntu. It just focuses on its LTS (long term support) and this implies using a system that kinda follows the “set up and forget about it” motto. Oh, and the support is delivered for 10 years!

With Centos, you won’t have the apt package manager, but instead, you would have to use yum. However, the switch is not really that painful. A lot of libraries and features are really the same as the ones you find on its counterpart. The only tangible difference is that the additional things you get installed on your system are way more tested and in theory without security issues.

Centos focuses on the basics but offers to you a large set of options to choose from and customize your experience.

Let’s say that for example, you want to set up a RAID 1 redundancy level on your server.

Definition: What is RAID?

For the ones that don’t know what this strange word means, well, basically RAID is an array of disks that are used by the OS together in group. There are multiple possible RAID configurations. With a RAID 1, if you have 5 disks on your machine, one of 1TB each, your final config will have 1TB of allocation storage available and each one of the disk will be a clone of the other. So if you lose one disk the system will continue to work flawlessly. But don’t worry if you don’t understand this concept, we’ll cover this topic on another article.

RAID most of the times is crucial in this kind of machines. Although, sometimes, setting it up may cause you severe headaches if the operating system is not really there to help you set one.

With Centos, right after you booted up your system from a live USB image, you can follow the installation procedure. If multiple disks are detected, the system might suggest you to use RAID as a countermeasure to save your data. As simple as that.

Disclaimer: Even if it’s true that RAID helps to retain your data in case of disk failure it should not be used a backup solution. Please do regular backups of your data instead.

Centos is secure. Maybe too much sometimes ?

I remember the old days when I was trying to set up an NGINX webserver on Centos and the system wouldn’t allow me to open port 80 or 443 because the proxy was blocking it.

Even if that was a stupid mistake, Centos like many other distros keeps an eye open on security by blocking undeclared communication ports and essentially by applying a more strict security layer over your entire system. Thus, you have to remember to do it yourself, and sometimes this might be a bit limiting for those who intend to use the system just for local development.

Centos is production-ready. Docker ?, Kubernetes, Postfix & Dovecot… it’s all there

Centos is production worthy. By the way, stats say that Centos is currently used by 7.6% of the top 10,000 websites on the internet and 6.2% overall (stats are here).

This is a free os. It’s right there for you when you need it. It’s easy to install, in my opinion, it’s even easier than installing Ubuntu Server on your machine and it comes with full support to tools such as Docker, Kubernetes and others.

Go and try to believe

If you haven’t already gone straight to the Centos website from the excitement, you should do it now.

All you have to do is just flash the ISO image on a clean USB stick, plug it to your machine, set the Bios to read it on boot and boom. You are good to go. Enjoy ? 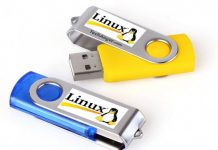 How to try or install Linux with USB