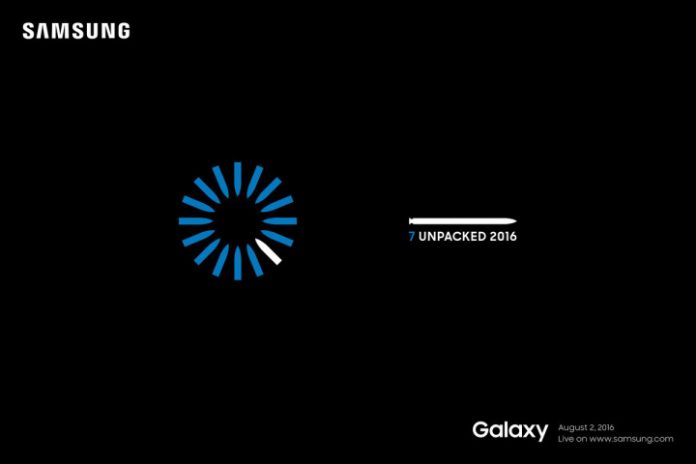 Galaxy Note 6 or Note 7? Customers may consider a bit strange this decision/mistake made by Samsung. The previous version of the Note line (the fith generation) has been a great phone with a lot of problems regarding the commercialization. This phone has been the first S-Pen enabled smartphone that hasn’t reached EU’s stores and this decision inevitably had an impact on the number of sales.

Probably not all users are interested on flagship devices like Galaxy Notes, but this time, Samsung decided to sell the Next Big Thing even out the USA and almost certainly the Note 7 will reach the old continent and other countries.

On August 2, The Next Big Thing: The Galaxy Note 7

The presentation date has been confirmed by Samsung which has declared that the next Flagship Note 7 device will be announced on August 2 with a dedicated LiveStream available for all interested users.

The Live event will be streamed officially from New York at 11 a.m. EDT, and will be held at the same time even in London at 4 p.m and in Rio de Janeiro at 12pm.

Almost in the opening period of the Olimpic Games the Note 7 will probably be sold with a special partnership, that will make possible to customers to buy the phone in advance. We await for more information by Samsung which will unveil the launch date during the presentation.

We would like to follow the Live Stream with you. In the previous months we worked a lot (and we are doing all the possible even now) to launch the new version of HDroid that will inaugurate lots of useful tools to interact, comment and read all the news in real-time. We hope to be able to activate the new system before the first of August with a first stable version.