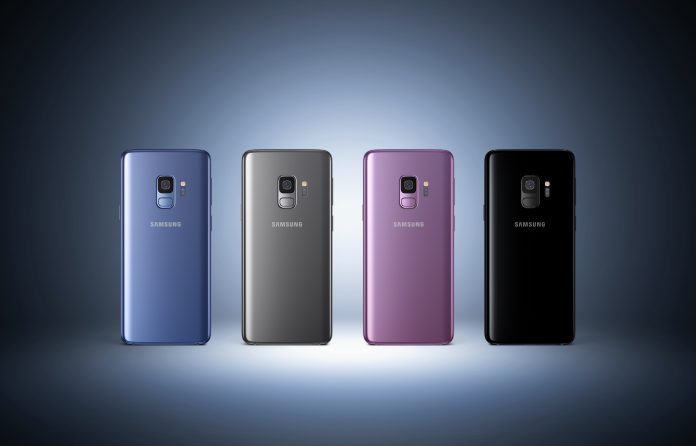 Samsung Galaxy S9 has been finally unveiled after several months of rumors. Let’s admit it, it’s totally indistinguishable from the Galaxy S8 (except for the back).

Major changes? Yeah, major changes are from the inside. We followed the live announcement and the first thing we noticed is that Sammy has used a different approach from other events.

The beauty not reimagined It’s similar if not identical to the old Galaxy S8. The Galaxy series is very pleasing aesthetically so that’s would not be an issue for most users.

Samsung said it worked on the bezels of the phone and seems that something is changed but it’s almost unnoticeable.

There are still two options to choose: the “standard” version with a 5.8″ display and the other one with a bigger 6.2″ display.

They didn’t declare hardware specs such as the battery capacity, the processor or the resolution of those 2 cameras on the Galaxy S9 Plus. And yes, this is a bit of a shame for geeky users like us (don’t worry we’ll fix this issue right in a moment).

On the other side, one thing is clear, Samsung has maintained what was done with the Galaxy S8 but focused all its energies on the most important part of the phone, the camera.

The new slogan is: “The camera. Reimagined” and yep, Samsung has finally announced something we’ve never seen, a camera sensor capable of switching between two different apertures.

“Your phone will the perfect conditions, even in low light situations”

So effectively, some comparisons are already pointing out interesting differences between the Galaxy S9 and the Galaxy S8 from a camera perspective.

The sensor can very his aperture between F2.4 and F1.5. Everyone that knows photography knows that an F1.5 lens catches a lot of light and this could be a pro in low light situations. On the other hand, an F2.4 is not as bright but in terms of image quality, the result should be definitely sharper.

On the Galaxy S9, you’ll be able to get all the benefits and that is going to be a deal breaker considering that this is “only” a phone. By adding more DRAM (which is a superspeed RAM memory used appositely to store pieces of information fast) the new sensor is now able to shoot HD videos (1280 x 720 pixels) at 960fps for two seconds. Cool huh? If you need a higher resolution you can record Full-HD videos at 240fps. A new feature that enables you to start the slow-motion recording automatically when the camera detects a movement. If you need to record a longer video, you can use slow-motion after slow-motion which essentially capture another slow motion video after the first one (for 20 times).

Apart from the demonstration showcased during the announcement event from Samsung, also The Slo Mo Guys tried out the new feature and the result seemed pretty cool.

Along with the new sensor and the possibility to record super slow motion videos the software compartment is renovated. You would be able to edit your shootings at every time, play the video in reverse and set it on your lock screen.

One year ago Samsung introduced Bixby, and today the evolution of the new smart assistant that controls your device is improving even more.

Samsung’s intelligence platform, integrated into the camera, uses augmented reality and deep learning technologies to provide helpful information about a user’s surroundings. With real-time object detection and recognition, Bixby instantly generates information directly on top of the image that the camera is pointing at. Users can translate foreign languages and currency in real time with Live Translation, learn about their surroundings, purchase products seen in the real world and track calories throughout the day.

In the beginning, we were a bit skeptical about Bixby but it showed his potential almost immediately after reaching the Galaxy S8.

Thanks to a new recognition feature you’ll be able to take care of yourself right by adding what you are about to eating by simply taking a photo of it… quite simple, isn’t it?

AR Emojis, will you create your avatar? AR Emojis are here. This feature is similar to the one already present on the latest iPhone X with some differences.

This is the perfect demonstration of what technology can do. 3D real-time face tracking is not a simple thing to do, especially on a phone. Anyways, Samsung announced it as a social feature that will let the user share a new type of animated emojis with the face of the sender.

If you don’t want to create your avatar you can also opt for one of the built-in AR Emojis.

Finally a stereo configuration on a Galaxy S device. It works in the same way Apple products does, one speaker is placed on the bottom side of the phone and the other one on the top. Let’s hope that the new hardware compartment along with the software optimization (Android 8.0 also introduces some tricks to optimize the battery life).

Both Samsung Galaxy 9 and Galaxy S9 Plus will be sold in Midnight Black, Titanium Gray, Coral Blue, and Lilac Purple color options (they might wary on the market).

To know more about prices and availability please refer to Cnet.